We looked at the root of the problem again and tried a new way to approach it.

Greenpeace is known as a global environmental NGO. Without any financial support from governments or corporations, they have solely worked on global environmental destruction in over 55 countries or areas. Saving the oceans is one of the projects that Greenpeace Japan office has been working on. They were about to take a new step with “sustainable seafood” when they contacted Hitoshizuku.

“We could broaden our view by having many discussions, digging out the roots of the problem” 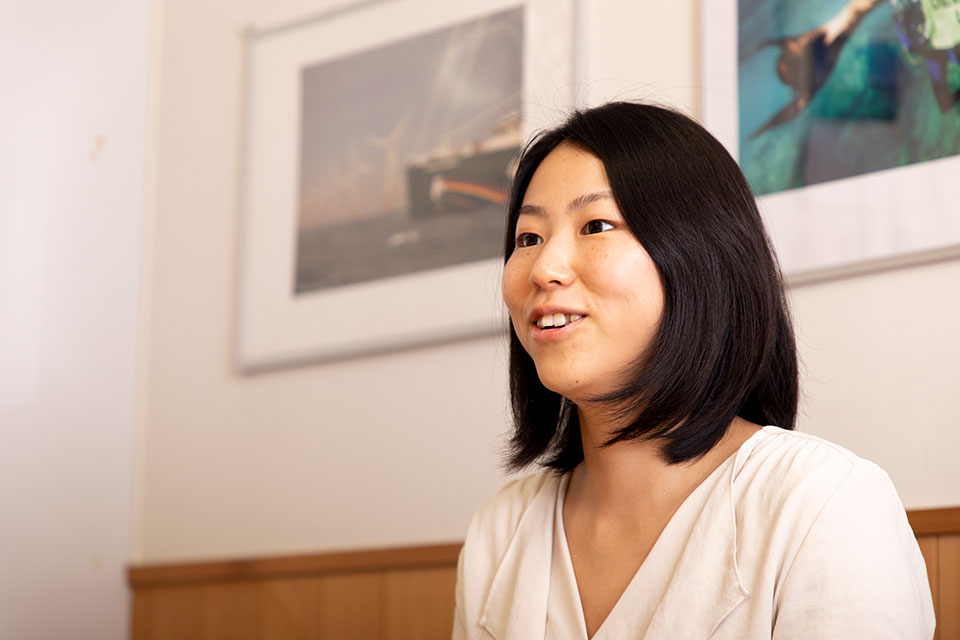 Kaneko of Hitoshizuku (Kaneko):
First, would you tell us what kind of challenges you were facing when you talked to us?

Greenpeace Japan, PR representative, Ms. Akiko Tsuchiya (Ms. Tsuchiya):
We publicize the ranking of “supermarkets that sell seafoods with a sustainable source(s)” based on questionnaires and create an opportunity for companies and consumers think about protecting the oceans. We’ve taken this approach for seven years since 2011, and while we’ve received some responses, the demographic of people who are interested in it was quite fixed.

Especially topics around oceans tends to attract a limited range of people such as those who like the sea, sea animals or marine sports, or whose work is related to fisheries, and we’d felt that it was difficult to broaden that. Same with the approach towards media, we were feeling the limit of the conventional way – just sending the press release about the results and having a press conference wouldn’t make a bigger article. There was a necessity to review our work with new viewpoints and methods.

Around that time, one of our staff contacted Mr. Kokubo of Hitoshizuku. They seem like they’ve known each other since college through some environmental activities. I personally sympathized with the story of “Kurikindi, a Golden Bird”, which is where your company name came from.

Kaneko:
I’ve paid attention to the work of Greenpeace since I was in college. I think your strength is that you can deliver your message directly because you’re an independent organization, not receiving any financial support from governments or corporates. On the other hand, as you take a direct approach, it tends to give a “strong” message to people who receive it. When you consulted us, I thought I wanted to work on how you present it, and that was our strategy. On what point did you actually feel change after we got involved?

Ms. Tsuchiya:
Usually, when we start a new project, the process would be like, there’s someone who has specialized knowledge and experiences suggests a plan, and we discuss whether we take the plan or not. We never discussed the viewpoint on the issue or the approach towards solutions at the beginning of the project.

But about this “sustainable seafood”, I feel it was good that we had a deep discussion – what is the root of the issue, who do we want to approach, what angles or ways are there to approach them, and so on – taking enough time in the early stages of the project with you. Thinking deeply and fundamentally, outside of our conventional style, led to the later expansion of the project. 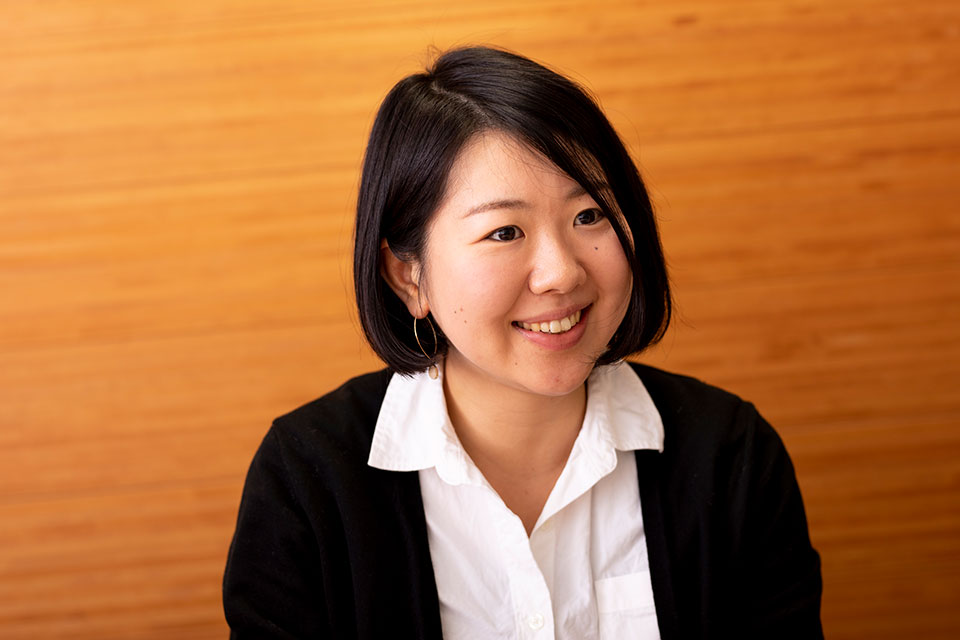 Mami Kaneko of Hitoshizuku, who works with Greenpeace Japan 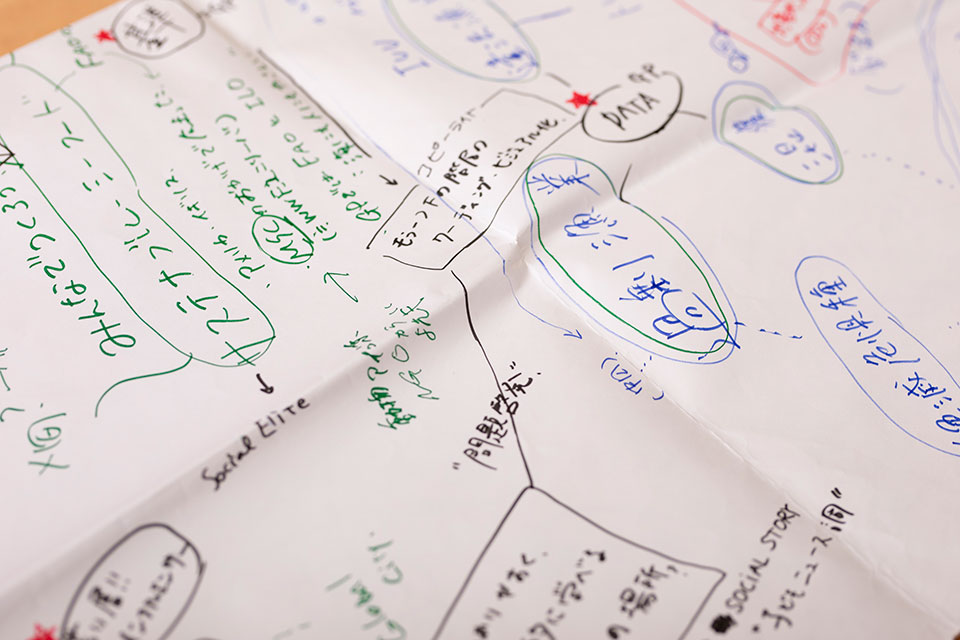 A discussion memo between Greenpeace Japan and Hitoshizuku. We sorted out the roots of our issues by writing them down on paper.

Kaneko:
Although the “sustainable seafood” belongs to “food”, which should be a theme close to people, its concept and the full picture were not easy to understand. So, at first, it took time to figure out what and how to tell. But through the process, I also could thoroughly understand the whole issue. Moreover, we first had an event for ordinary people where they try sustainable seafoods, and through the communication towards the event, your standpoint and what you needed from us became much clearer.

Ms. Tsuchiya:
Yes. In the series of PRs of the sustainable seafoods, the promotion of the investigation of an endangered species, Japanese eel, which you organized, was what we’d never done before, and very meaningful.
The circumstance of endangered species is critical, but that doesn’t spread only by telling that “it’s in danger”. It’s usually on the midsummer “Day of the Ox” (a day late July to early August when, to avoid suffering from the summer heat, Japanese people eat eel) when Japanese eels get more attention, but you suggested to set the PR on a “mid-winter” Day of the Ox to make it unique, and plotted the whole strategy from the story to the timing of press release. Until then, we’d just publicized the investigation, but we could work on the project with the viewpoint of how we spread it, which was a big step forward.

Kaneko:
Since we could publicize the investigation of Japanese eel with the right timing, discussions occurred in comment sections and across social media, and created the opportunity for people to think about it.

Ms. Tsuchiya:
Exactly. We learned that, in order to reach to wider range of people, when we release the information is also important. Before that, we prioritized our schedule, balancing with other projects, but I think it was good that we aimed at a topical timing. A news website posted our article for the first time, a famous journalist got interested in the article and shared it on social media, and the news went viral on the Internet and debates occurred. Thanks to that, people who hadn’t paid attention to Japanese eels got interested and the recognition increased on the whole.

You contacted media individually, and because of the publication of the investigation, they got interested in sustainable seafoods. I think one of the accomplishments is that, within their articles, there was a page explaining terms, such as “what is sustainable seafoods?”, and they wrote the article as long-term contents, not a temporary one. 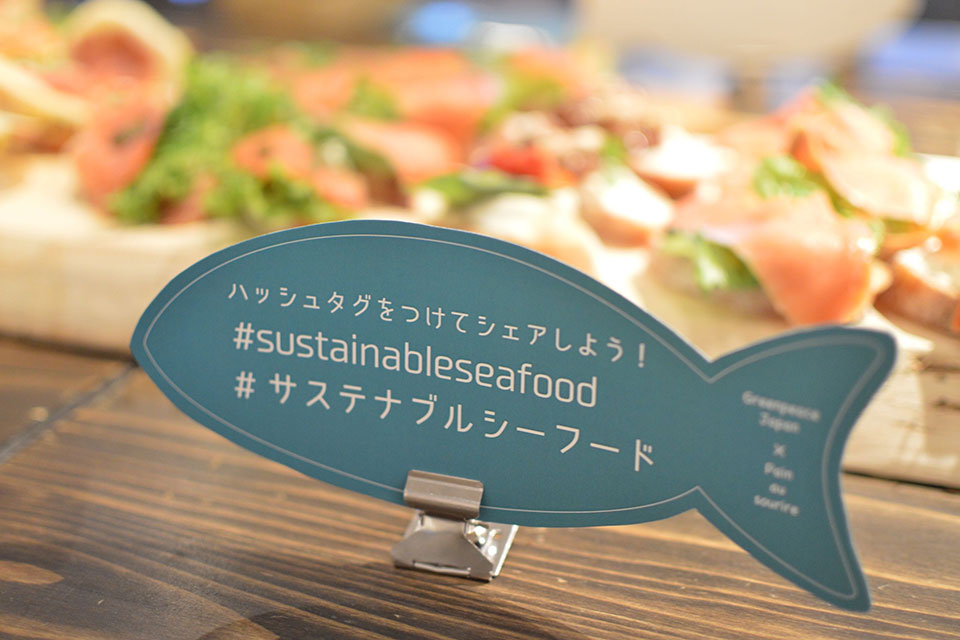 At an event for promoting the sustainable seafoods at a bakery “Pain au sourire” in Aoyama, Tokyo

In making our “factbook”, we sorted out the past work organization-wide, which created a common understanding in the organization.

Kaneko:
Were there any other changes after we were involved? 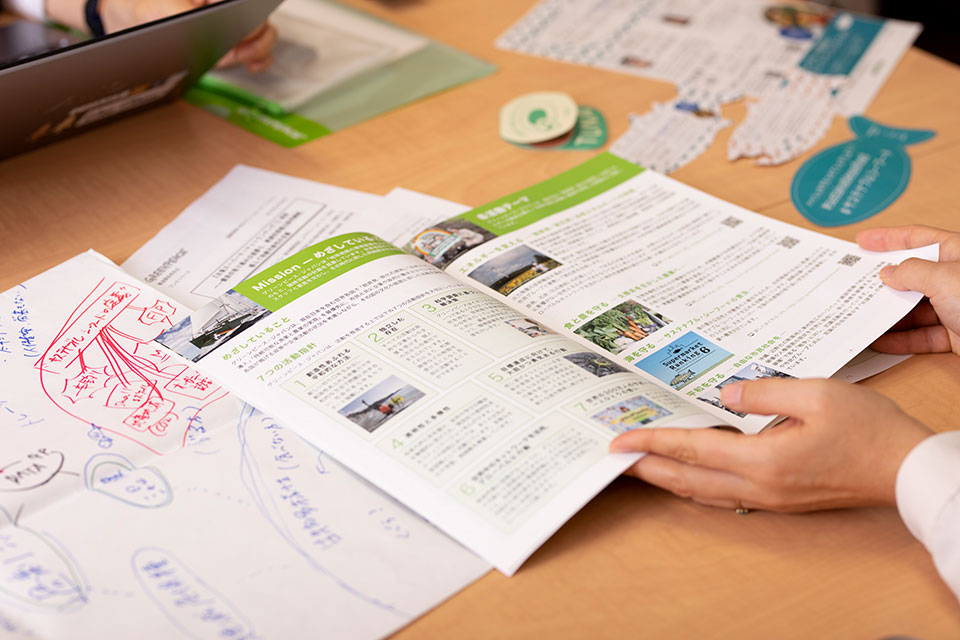 A factbook to introduce their entire works to the media

Ms. Tsuchiya:
The factbook was one of the biggest things, which you made as a handout for media to introduce our projects. It shows the whole thing and what kind of organization we are. We had pamphlets for each project, but there wasn’t any document that introduces the organization as a whole with numbers and data. Across the projects and departments, we standardize the word choices and organized our past works, and a common understanding was built throughout the process. Now, we use it not only for the media, but for new volunteer members or people outside the organization so that they can understand about us.

Kaneko:
We believe that the common understanding within the organization creates not only stronger internal communication, but also an integrated statement to outside, which leads to a higher reliability for the organization. It’s not just about making a document; some potential side benefits are expected. So, we’d like you to keep renewing and utilizing it. 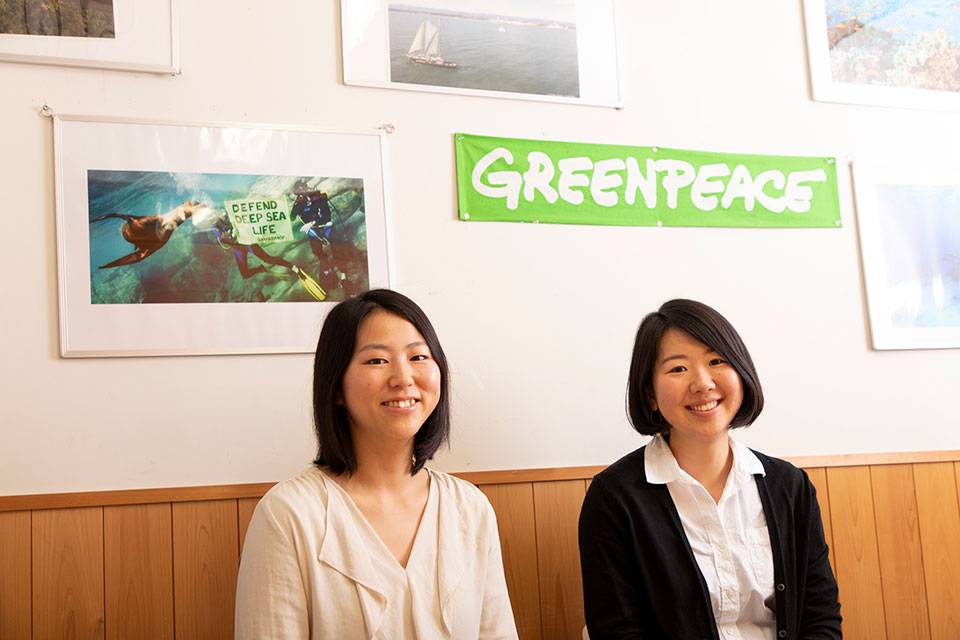 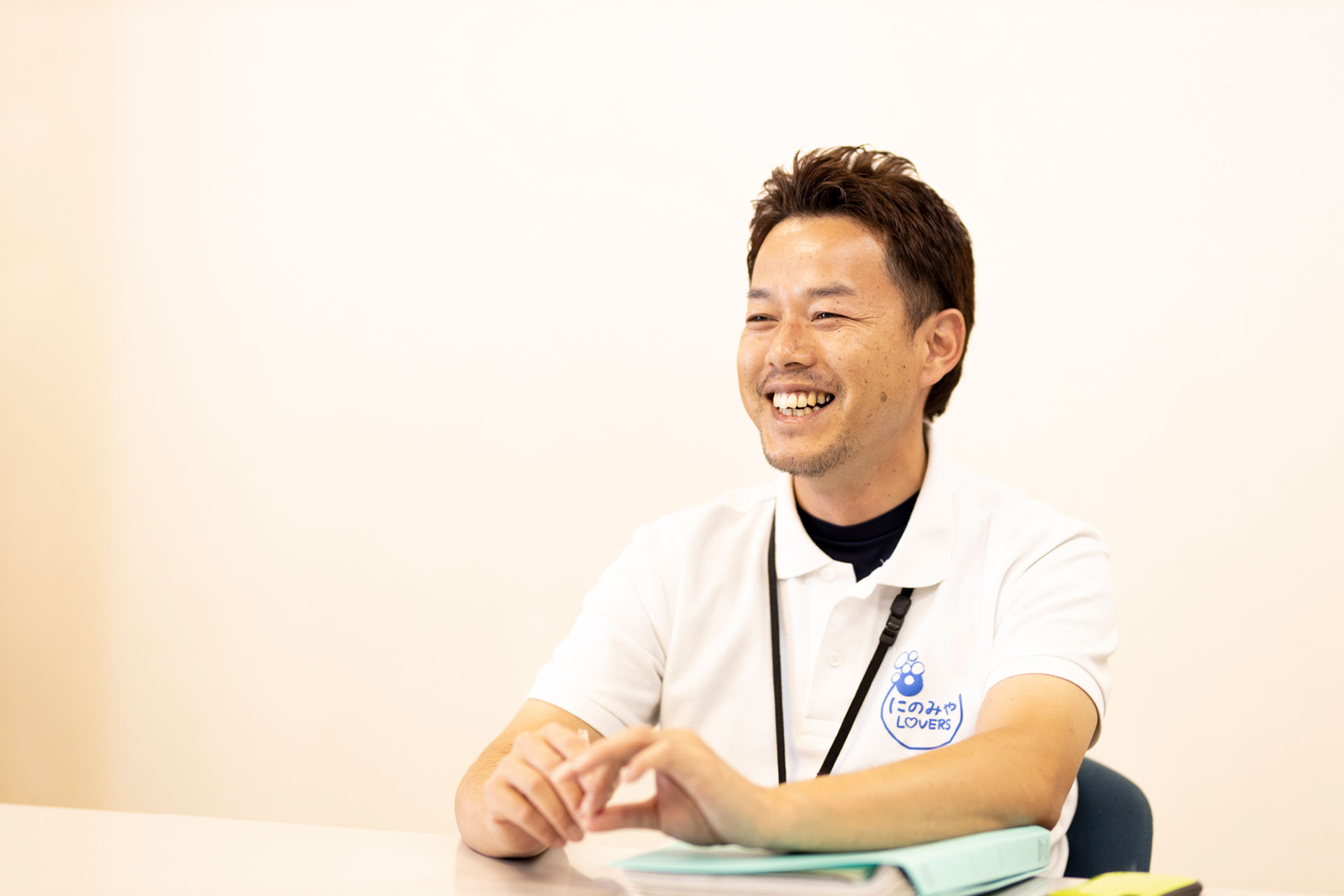 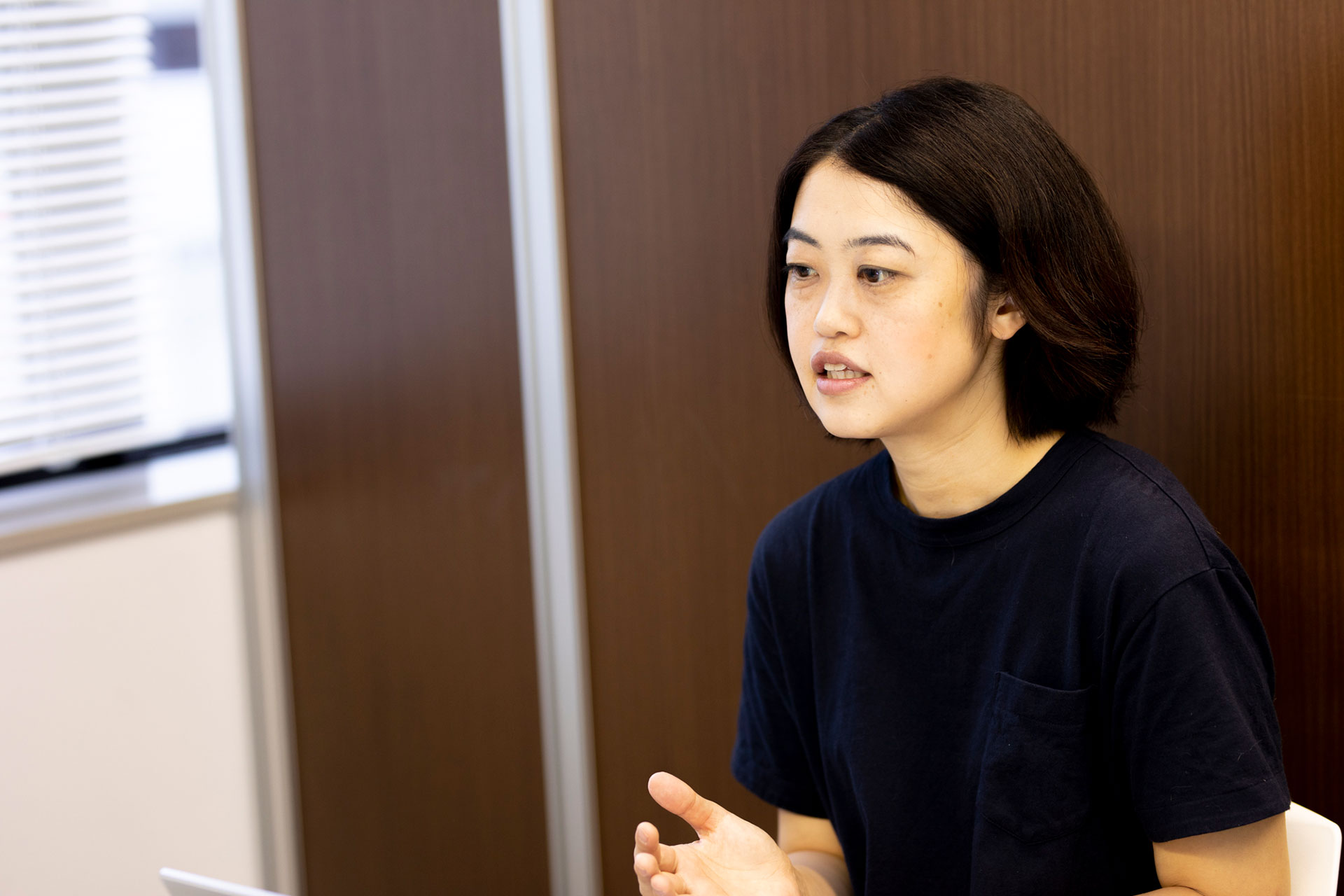 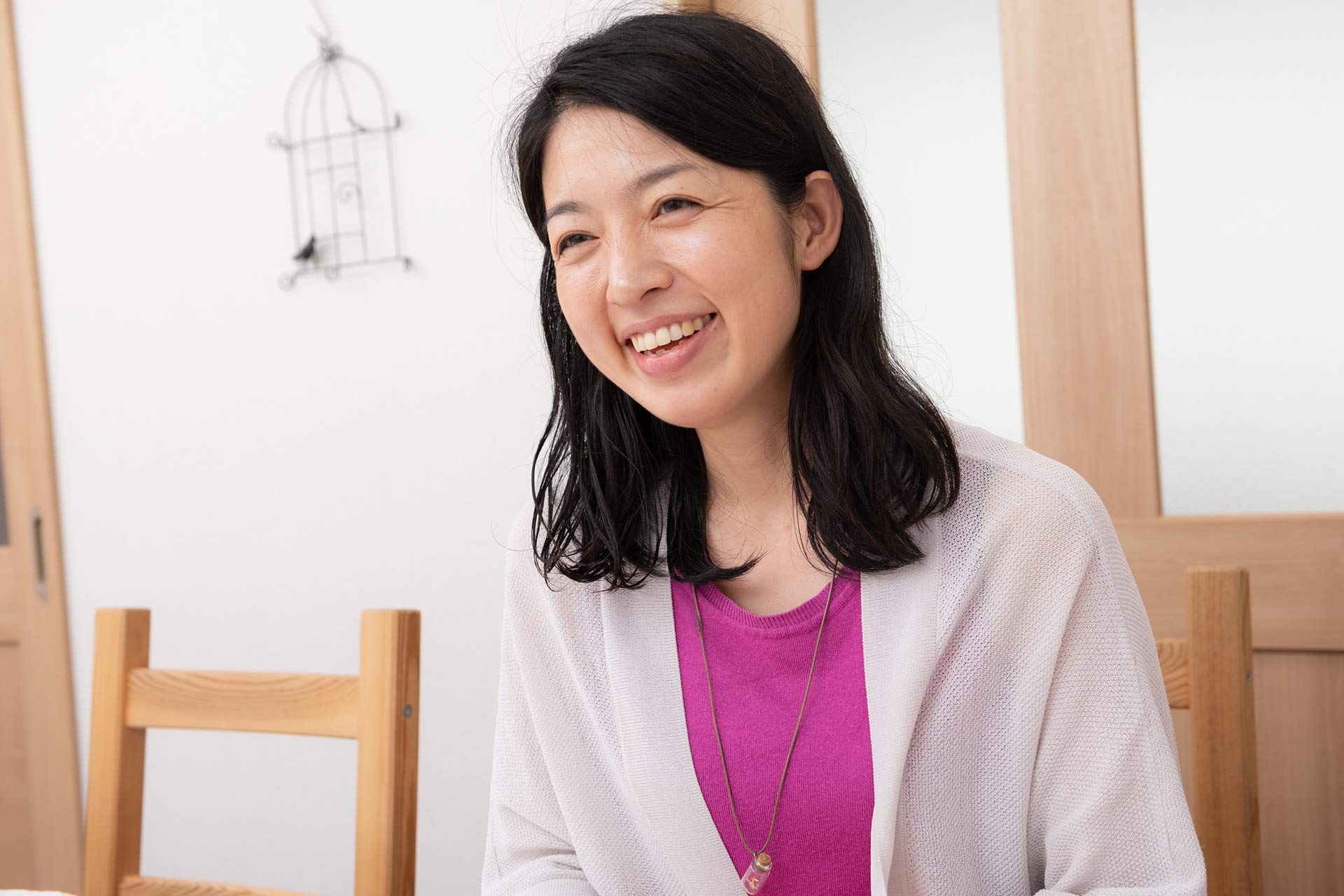 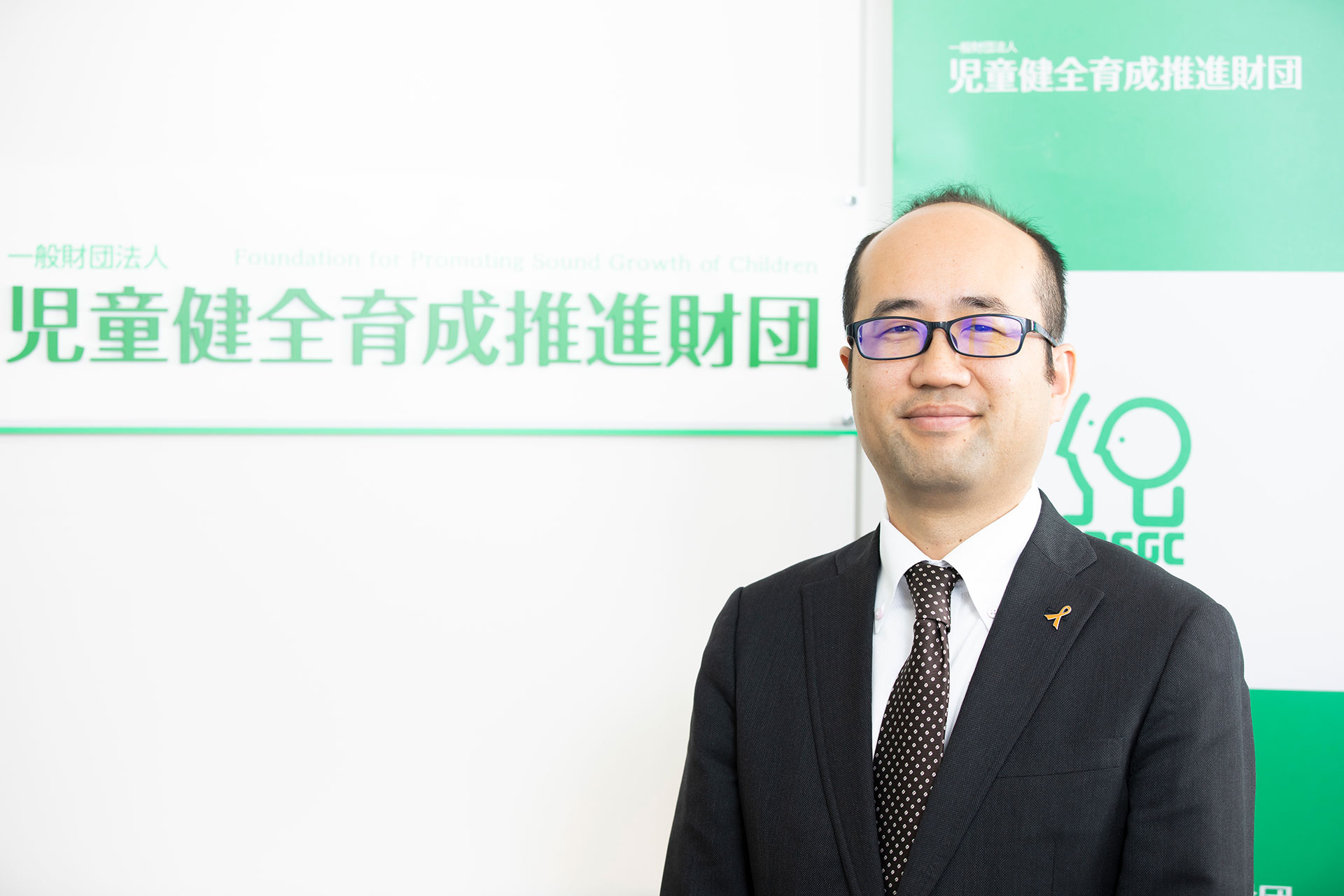 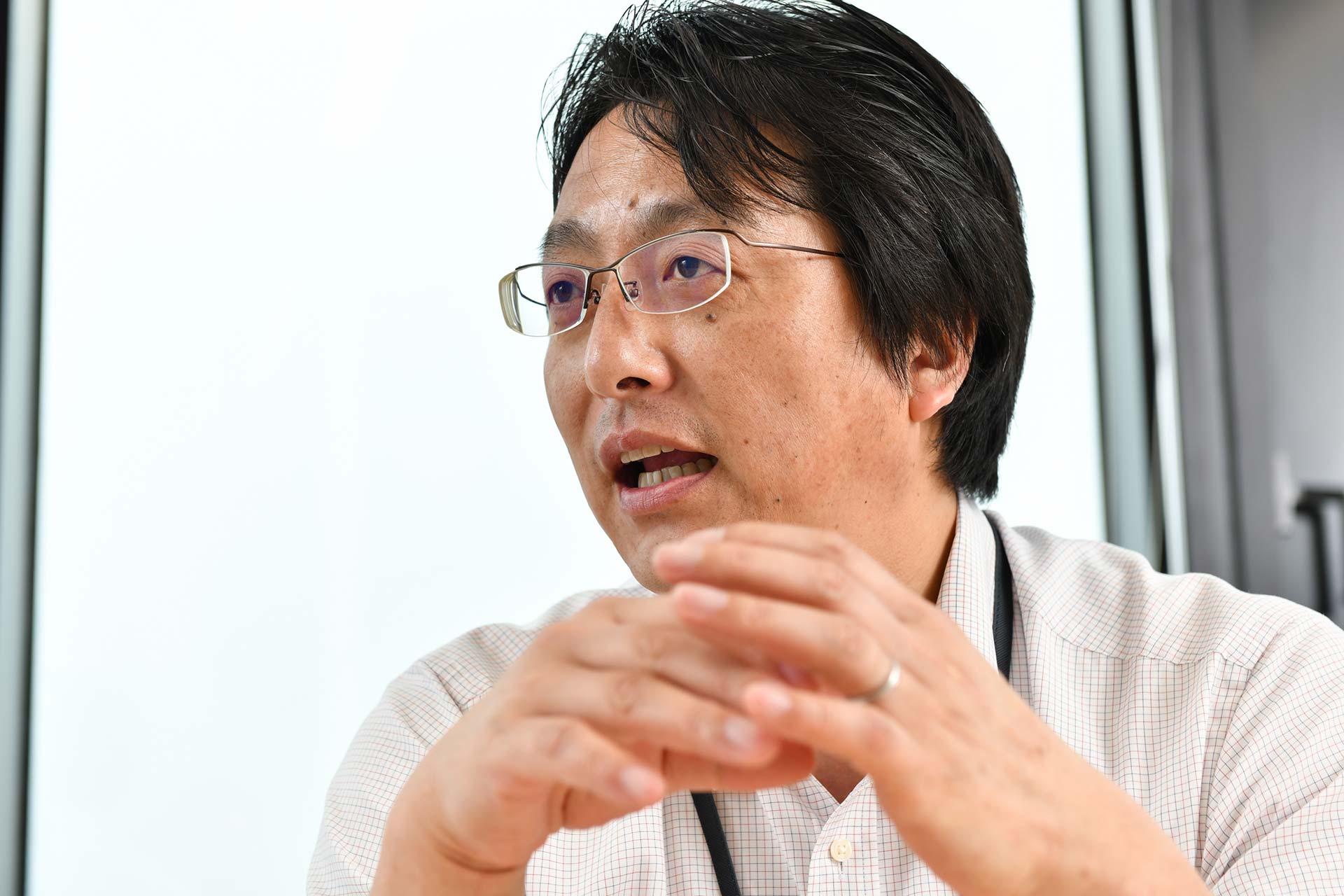